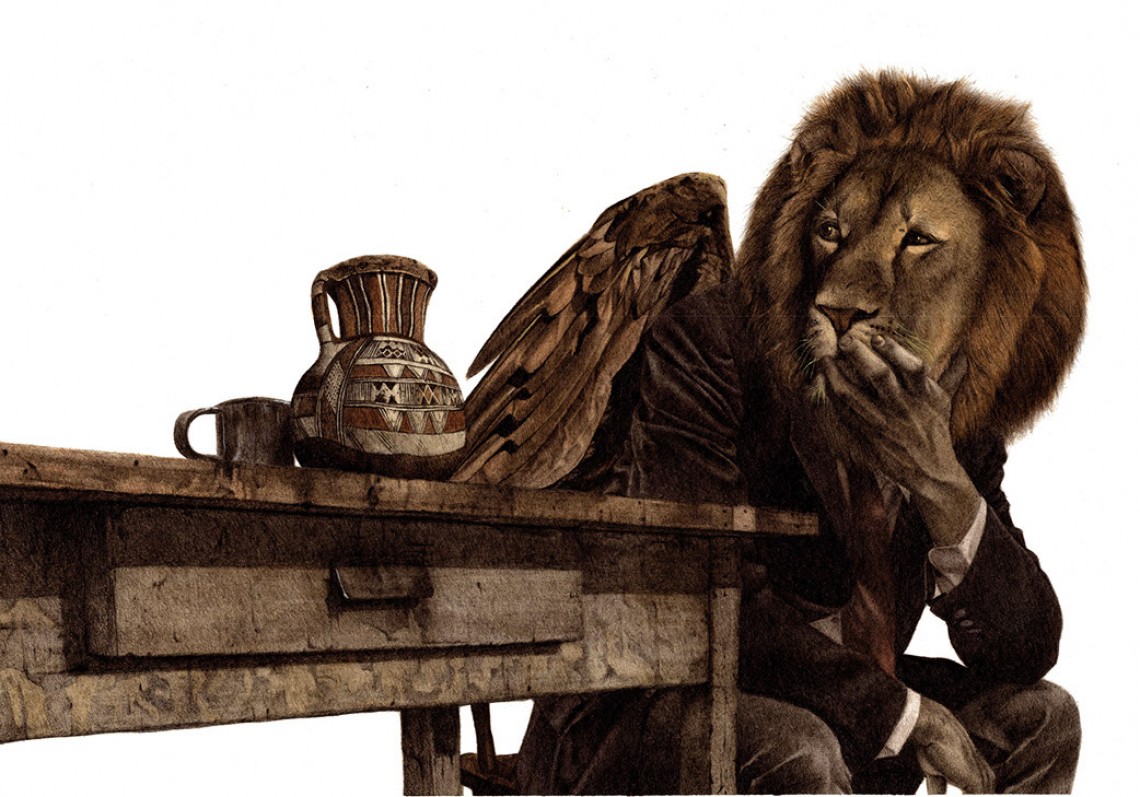 Above a table from the thesis project "Il leone buono" by Ernest Hemingway for Orecchio Acerbo
“Il coccodrillo”, set in Russia in the mid-1800s, is about the paradoxical encounter between a crocodile exhibited at the Passage Gallery in Saint Petersburg and Ivan Matveič, this one so unlucky to be swallowed by the animal, but “lucky” enough to find a comfortable shelter inside it. In the Orecchio Acerbo edition the amazing story by Dostoevskij, hilarious and paradoxical, is enlightened by the refined illustrations by Marco Marinangeli. This first work follows the wonderful Master thesis work, still for the publishing house Orecchio Acerbo, where Marco deals with the text by Ernest Hemingway, “Il leone buono”. The illustrations of both stories are made with a refined realism, sign of a great ability and attention to details. 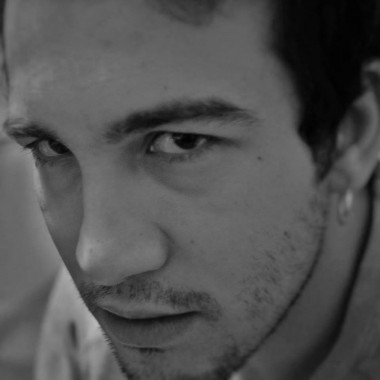 Marco Marinangeli was born in Fermo in 1990 and now lives in Macerata. After attending the Istituto d'arte in Fermo, he attended the three-year course in illustration at Accademia di Belle Arti in Macerata, achieving the degree in 2013. In the same year he attended the Master in Illustrazione Editoriale Ars in Fabula graduating with the thesis project “The good lion” with the editor Orecchio Acerbo, whose tables have been selected in 2015 at the Illustrators Exhibition at the Bologna Children's Book Fair. In 2017 he published “Il coccodrillo” for the publishing house Orecchio Acerbo.